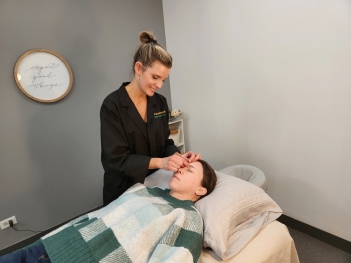 Acupuncture is an ancient treatment dating back thousands of years. Acupuncture is a form of Traditional Chinese Medicine as well as Oriental Medicine. Acupuncture uses "qi", which can be thought of as energy. By balancing the qi in the body's "meridians" (various pathways in the body), acupuncture has the ability to treat or positively affect my conditions and illnesses.

There are several forms of acupuncture offered at Holistic Health Care Centers. Some of these forms include:

Are you interested in a complimentary consultation or scheduling an appointment?

Schedule below or give us a call  today at

Read Our Blog
Our Doctors, Practitioners, and Office Manager

Some Insurance Accepted for Chiropractic, Acupuncture, and Massage. Learn more!

Holistic Health Care Centers is growing and getting busier. We are excited to add a Chiropractor to our amazing team of doctors and practitioners. We are looking for a part-time Chiropractic Physician. If you are interested, please email us at info@holistichealthcarecenters.com  We look forward to hearing from you soon!

Subscribe to our YouTube channel for videos and vlogs!
Check out Holistic Health Care Centers on Yelp